We have lots of ideas, experience & great colleagues.
No matter which direction your idea goes,
we will be able to show you the right path. 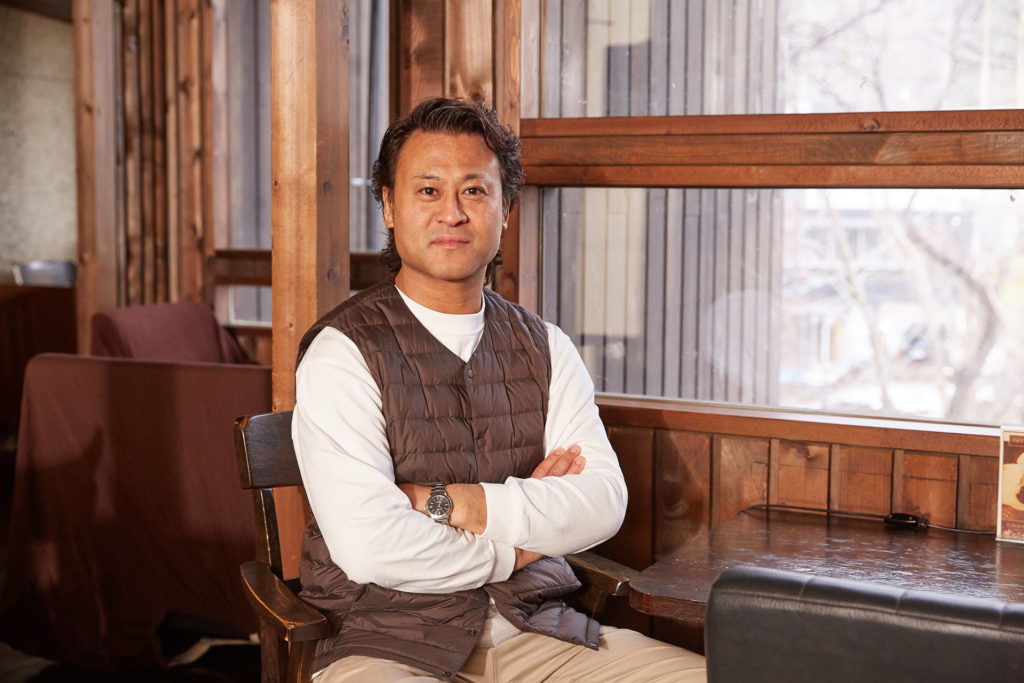 After graduating from university in 2000,joined Video Production (U-net Co.,Ltd.) in Saitama Prefecture. He is a production director of various genres such as TV commercials, corporate VPs, information programs, & documentaries. In 2003, he also has a career of appearing in the movie “The Last Samurai” starring Tom Cruise from his special skill in kendo. In 2012, he returned to his hometown of Sapporo & joined Video Production. After that, he moved to the Internet & established a video production company, GIBEON (April 2017). Taking advantage of his 20 years of experience as a production director (as of 2020), he specializes in interviews focusing on people.

GIBEON Inc. associate consultant Joshua Hamilton
Born in Sydney (lives in Sapporo)
After working in Australia as an actor, film director, TV commercial director, and screenwriter, he came to Japan in the fall of 2010.
For two years, study hard to understand the Japanese language and culture.
While living in Australia, his main job is Stuntman (1999 Matrix), active in film and television. In addition, he has various talents such as setting up a television production company in Sydney and producing programs.
At the University of New England, he is a lecturer in the physical expression and team building classes, which is the basis of the acting called movement.
In addition to lectures on communication, SNS producer work “@hellohokkaido” and “Hokkaido Explorer”, he is a judge of TGR2018 Theater Festival, NHK world TV reporter and voice / actor trainer.

GIBEON Inc. creative consultant Neil Farrelly
Neil is a writer, director, teacher and workshop leader.
He has lived in Asia since 1992 working with arts groups,
colleges and schools in all kinds of projects. Since 2005,
he has been a workshop leader for ISTA, International Schools Theatre Association.
His first book, ʻDamn it, Do It,ʼ about female education was published in 2017 in India, his second book ʻSelf Made in Hokkaido,ʼ about foreign entrepreneurs, in 2020. Numerous other are slated for the future. He lives with his wife and dog in north Japan. Neil and Joshua are also fellow actors, and their collaborative projects are ongoing.

2021. Everything starts here. Not management to i

Do you like mochi（餅）？ A mochi shop that ha

”Where do you think this is?” A new project st

“Team MADE IN” was formed. The project will st

GIBEON Inc.
MADE IN YouTube
Copyright © made in All Rights Reserved.